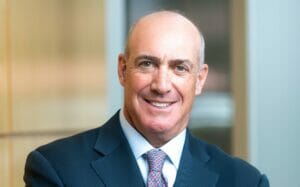 A Dallas County jury has awarded $21 million to the family of a man who was left in a vegetative state following a 2017 surgery to repair a broken leg at Baylor University Medical Center in Dallas.

The jury found providers associated with US Anesthesia Partners were negligent during that surgery.

Carlos Rojas, 32, of Dallas, was earning money by hanging Christmas lights when he fell from a ladder, breaking his leg and injuring his knee. To fix the broken leg, Mr. Rojas needed surgery, which required general anesthesia, but after the operation, he was unresponsive.

Experts say Carlos suffered permanent brain damage caused by a lack of oxygen to the brain, an indicator of which would have been low blood pressure readings during the procedure. But the handwritten surgical record shows no serious blood pressure issues even though two nurse-anesthetists gave Carlos multiple doses of medication designed to increase blood pressure.

“We believe they created the handwritten record in order to cover up what really happened here, which was that Carlos’ blood pressure dropped and they didn’t address it quickly enough to protect his brain,” said attorney Charla Aldous of Aldous\Walker, who along with Brent Walker represented Mr. Rojas and his family, working with their co-counsel Bruce Steckler and Austin Smith of Steckler Wayne Cherry & Love PLLC in trying the case.

There was an electronic record of Mr. Rojas’ blood pressure, but evidence in the case showed the hospital failed to preserve it. The nurse anesthetist responsible for caring for Mr. Rojas also failed to monitor his brain activity during the operation, despite the fact Baylor’s own head of anesthesia says such monitoring is required. Records also show the nurse anesthetist left the operating room for 12 minutes in the middle of the procedure.

“Think about it. Carlos went into the hospital with a broken leg. They should have taken care of him and sent him on his way,” said Mr. Walker. “Instead, his family is left to care for him and provide all that he needs for the rest of his life because he is incapable of doing things on his own.”

The case is Wilda Jenniffer Rojas Graterol vs. Casey Martin et al., Cause No. CC-19-05509-E in the County Court at Law No. 5 in Dallas County, Texas.