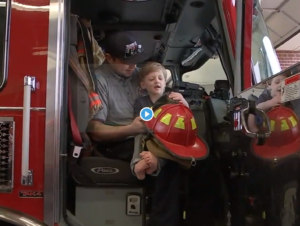 Steckler Wayne Cherry & Love are representing a young boy and his family in a lawsuit against the company that operates a swimming pool in a residential community. The suit alleges negligence in operating, supervising, and managing the community pool at The Lakes of Brightwater, claiming that the company did not exercise that ordinary care that would be exercised by a reasonable and prudent operator and manager of a community pool.

A-Beautiful Pools, Inc. is a Houston company that purports to be a “complete swimming pool management company” specializing in the “operation and supervision of subdivision swimming facilities.”

According to the new story from ABC-13 Eyewitness News in Houston by Courtney Fischer, which aired on Friday, February 15:

On July 11, 2018, Noah was at a neighborhood pool in Missouri City. He and his mother, from Florida, were in the Houston area visiting family.

“I just kind of tracked Noah walking,” remembers Gerard Wilcher. Wilcher was at the pool with his daughter when he saw Noah go under. In seconds, Wilcher knew something wasn’t right.”When he didn’t come up, I just went in and got him,” Wilcher said.

Wilcher did CPR and in minutes paramedics arrived. But Noah had been underwater too long. He suffered severe brain trauma that day. It’s been a long recovery since then. Noah has undergone 38 oxygen treatments since the accident. He spends 60 minutes in a hyperbaric chamber five times a week.

Noah still needs oxygen treatment, but Archey says each appointment in the hyperbaric chamber costs about $8,000 and is not covered by insurance.